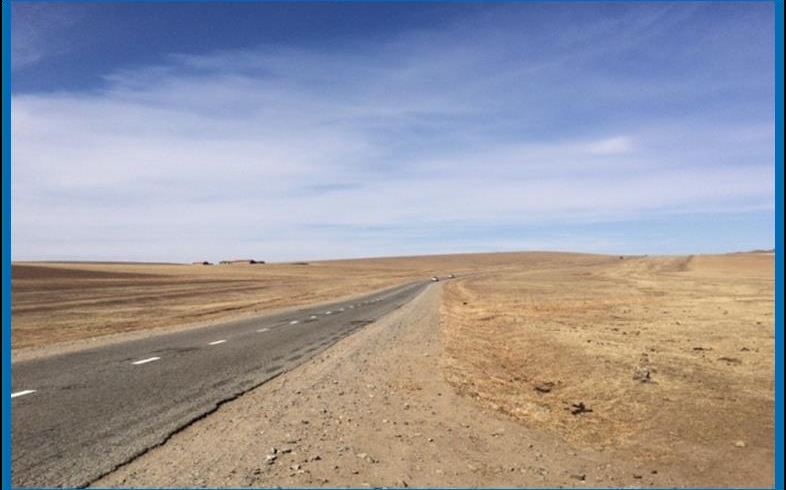 In January 2020, the European Bank for Reconstruction and Development (EBRD) provided a $137 million loan to Mongolia for expansion of the 202-kilometer road between Mongolia’s capital Ulaanbaatar and the third-largest municipality of Darkhan.

The sovereign loan will finance the construction of two new lanes adjacent to the existing two lanes of Ulaanbaatar–Darkhan motorway. The country’s busiest road, which was constructed between 1943 and 1974, has not been properly maintained and over 90% requires urgent refurbishment.

Road safety has been long outstanding issue of the existing road. The study of the road safety undertaken by the Ministry of Transport of Mongolia identified 10 distinct blackspots with 20–150 traffic accidents per annum at each spot. In addition, some sections of the road were severely damaged by floods in 2018. Expansion of the road to four lanes will bring a number of positive national, regional, and local economic and employment benefits, including improved road and community safety, strengthened and rehabilitated bridges, and flood protection structures.

The transaction contributes to the United Nations (UN) Sustainable Development Goals (SDGs) under the UN’s 2030 Agenda, specifically SDG 13 (Climate Action) through promotion of sustainable infrastructure and climate resilience by building high quality and reliable regional roads as well as strengthening the adaptive capacity to natural disaster such as flooding due to heavy rainfall.

Traffic audit has been conducted and a number of technical solutions were included into the design to prevent accidents. As a result, set of design and operation measures were proposed to improve substantially the road safety of the project. This included incorporating equipment with large board signs on designated poles which met international standards, anti-glare system on median barriers for four-lane sections, cattle guards, and noise barriers in the detailed design.

Further measurements to improve traffic safety were also incorporated such as RC concrete median barriers with the length of 52,394 meters to isolate the opposing traffic and avoid traffic accidents. The urban design envisages proper pedestrian crossings and measures that would lower the speed of vehicles; a number of crossings are re-designed to become the roundabouts with safety in mind. Higher-standard crash barriers will be placed in areas where there is high risk present, particularly along steep embankments, to enhance road safety.

Throughout the project road unrestrained livestock was noted entering the road posing a substantial hazard to vehicles and this situation is likely to be exacerbated once the road is upgraded when speeds are expected to be higher. To address this risk, the design has incorporated fencing throughout the project road to prevent animals from entering. In addition, dedicated underpasses/culverts to permit the safe movement of animals will be introduced.

To improve the climate resilience of the road, the number and size of culverts have been increased to accommodate increased flow rates, the Shivert bridge and associated road approach embankments have been raised to accommodate higher return period flood events, and fenced areas have been planted to reduce erosion and control drifting of accumulated snow onto the road.