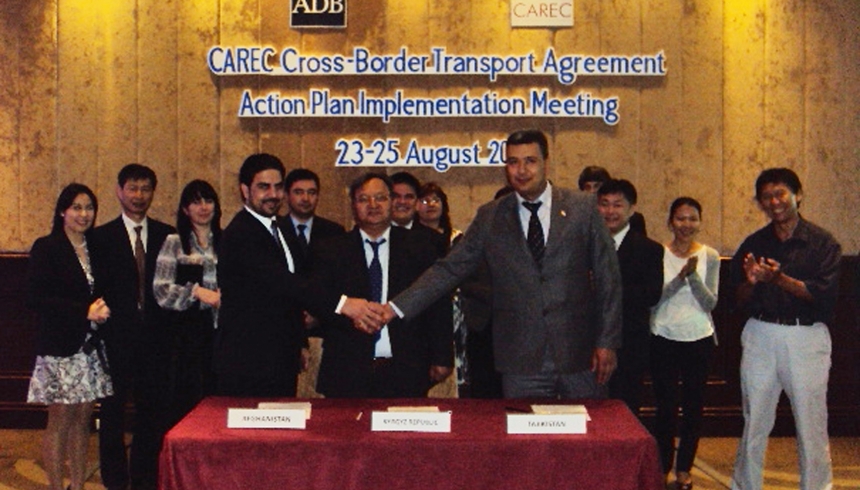 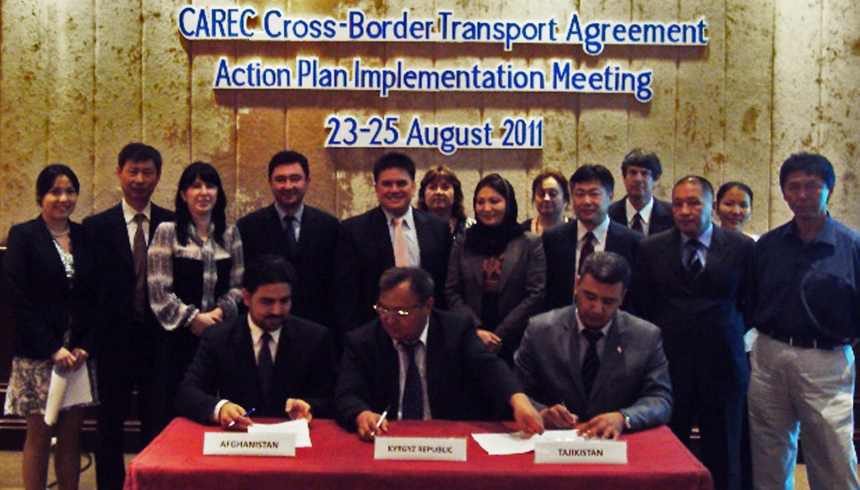 Senior officials of the Kyrgyz Republic and Tajikistan welcomed Afghanistan to their Cross-Border Transport Agreement (CBTA) at a meeting in Bangkok, Thailand, on 23–25 August 2011. Delegations of all three countries agreed on the final draft of the protocol of Afghanistan’s accession, which is expected to be signed at the 10th CAREC Ministerial Conference to be held in Baku, Azerbaijan, in November 2011.

The CBTA aims to ease the movement of goods, vehicles, and people across international borders. Vehicles and goods from these CAREC countries will be able to cross designated borders faster due to streamlined customs inspections and reduced requirements to transfer shipments between vehicles. The agreement was signed in December 2010 by the Kyrgyz Republic and Tajikistan under the framework of the Central Asia Regional Economic Cooperation (CAREC) Program.

Afghanistan is keen to join the CBTA as a means to promote trade with Central Asian countries and beyond. Mozammil Shinwari, Director General of Afghanistan’s Ministry of Commerce and Industries said, “The CBTA will serve as a pilot project for removing barriers to the efficient cross-border transport of goods and people in the CAREC region.”

The three countries committed to completing the necessary internal procedures for signing the protocol, which includes amendments to the CBTA to (i) extend the geographic scope of the agreement to include the section of Corridor 5 in Afghanistan (Shir Khan Bandar to Torkham), (ii) include a provision on permits to allow transport operators to cross international borders, and (iii) identify the depository for the CBTA and other related instruments to facilitate the accession of other countries to the agreement.

CAREC Corridor 5 will connect East Asia and the Arabian Sea through Central Asia. Starting from Torkham, Afghanistan, at the border of Pakistan, the corridor continues through Jalalabad to Kabul, Kunduz, and Shir Khan Bandar. It passes through Kurgan Tyube, Dushanbe, and Karamik from the border crossing of Nizhni Pianj in Tajikistan. It also runs to the border of the People’s Republic of China (PRC) via the Kyrgyz Republic’s Karamik, Sary Tash, and Irkeshtam. The corridor is one of the six transport corridors that cover 3,600 km of roads and 2,000 km of railway, traversing the CAREC region north–south and east–west.

Celebrating 10 years of supporting regional cooperation, CAREC brings together Afghanistan, Azerbaijan, the PRC, Kazakhstan, the Kyrgyz Republic, Mongolia, Pakistan, Tajikistan, Turkmenistan, and Uzbekistan. It promotes the implementation of regional projects in energy, transport, and trade facilitation. To date, more than $16 billion of investments have been approved in over 100 CAREC-related projects.